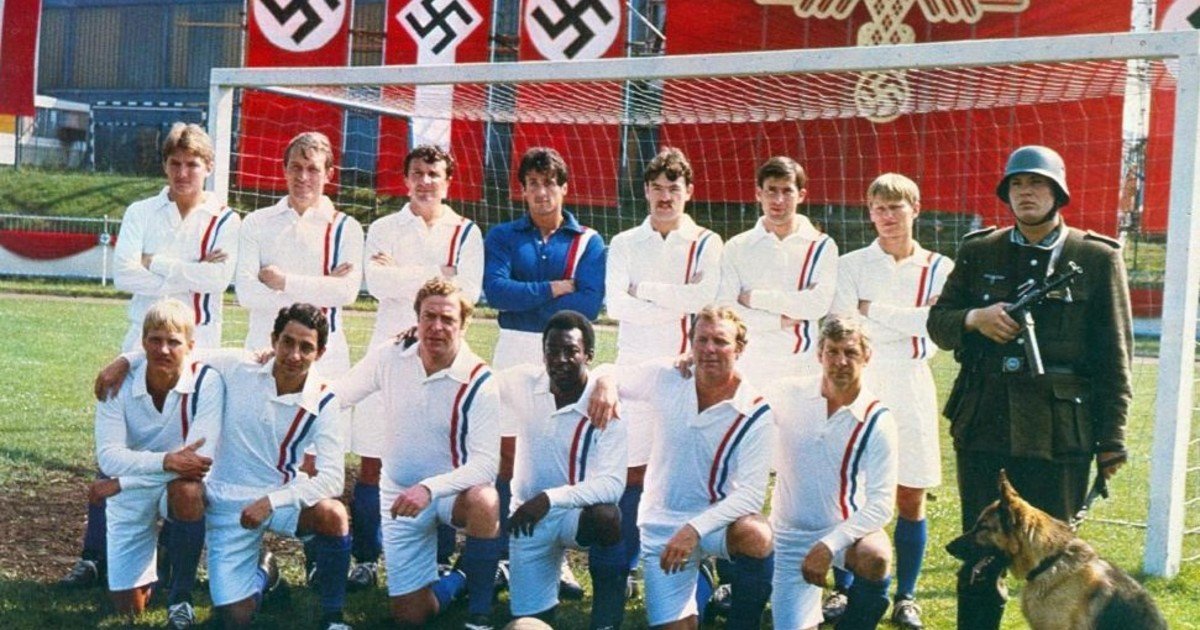 As is the case on every Escape to Victory anniversary, Osvaldo Ardiles recalled his participation in the mythical film that he filmed in 1981 along with Sylvester Stallone, Michael Caine and himself Edson Arantes do Nascimento, known throughout the world as O’Rei Pelé. “40 years ago we made a wonderful football film. We spent a beautiful month in Budapest doing it. And we escaped in the end!” Ossie wrote on his Instagram account.

At that time, Ardiles came from being World Champion with Argentina in 1978 and, specifically in that 1981, He shone in the team that Cuti Romero has just arrived and where he is an idol, English Tottenham. Pelé had said goodbye to football four years earlier, in 1977, in front of some 77,000 spectators at the Cosmos stadium in the United States. What was Stallone doing? He was one of the Hollywood megastars of the moment: he had filmed the first part of Rocky and had won the Oscar for Best Actor and also for writing the Best Screenplay for the Balboa film. After Escape to Victory, he would come out with the second installment of the most remembered boxer on the big screen of all time.

The director of the film starring Stallone, Ardiles, Pelé and Michael Caine was John Huston and, unlike the original story, he decided to set it in France, before the fall of Nazism. The plot is well known: German officer Von Steiner (starring another star, Max von Sydow) visits a concentration camp and sees prisoners playing soccer. So, remember your moments as a gamer, before the war, and decides to organize a meeting between a selection of German footballers and the prisoners. The names of the inmates? John Colby (Michael Caine), Robert Hatch (Sylvester Stallone), Luis Fernandez (Pelé), Terry Brady (Bobby Moore), and Carlos Rey (Osvaldo Ardiles). It is a game of life and death.

The film was inspired by “The party of death”, an event that occurred in the former Soviet Union (today, Ukrainian territory), during World War II. In the days of the Nazi occupation, a group of Dynamo Kiev players were forced to work in a bakery and played some matches against teams controlled by German officials. that they commanded in the Soviet territory.

Sylvester Stallone in “Escape to Victory” covering the decisive penalty in the film. (@officialslystallone)

One of the most memorable matches was played on August 9, 1942, at the Zenit Stadium. FC Start, with former Dinamo Kiev, played against Rukh of Germany and the directive was clear: If the Soviets won, they could be executed. The cards seemed to be thrown and the Kiev players not only thrashed the Germans, they humiliated them.

A week later, the rematch was played: FC Start again beat the team run by the Nazis that now they did comply with their warning and many of the players were tortured in a concentration camp.

That passage through the cinema was so strong in Ardiles’ life that, every year, the former technical director of Racing y Huracán usually remembers the best anecdotes of the filming. On one occasion He said that the scene where Stallone arrested the Nazi prison had to be filmed 34 times because the scene was not credible. The film’s production had hired former goalkeeper Gordon Banks to help Stallone who knew nothing about soccer or saving. As they count, “Rocky” did not follow the advice of the former England goalkeeper and dislocated his shoulder in a fly.

Some time later, Sylvester Stallone acknowledged that he had underestimated a sport he was unfamiliar with. “Before filming I was thinking: ‘How difficult can it be to play soccer and kick a ball?’ I was confident that I could do it without training. At one point I start talking about this with Pelé and he says: ‘Go to the arch. I’m going to kick you a penalty and I’m going to tell you where the ball goes. And you will be able to stop us‘”.

Pelé in the middle of filming.

Sly continued: “Then I go to the goal, and he tells me where the ball is going to go. Pele kicks and I try to save, he got to touch the ball, but he breaks my finger and it ends up being a goal. What’s more, it even broke the net and ended up crashing into the window of a house behind it. “

On an anniversary of the film, the Cordovan joked about Pele’s participation in the party that defined the film. “He played 8 minutes and left because they were hitting him. We played 10 against 11 the whole game. We lost 4 to 0 and when we were 4 to 4 he said “I’m ok” and entered againArdiles joked. He also said that when they arrived in Budapest the figure of the Brazilian star overshadowed them: “When we arrived at the Budapest airport they were waiting about 5 thousand people. We went to the bathroom with Bobby Moore and when we got out there was no one else. They had already seen Pelé and they all left ”.

The poster advertising the movie “Escape to Victory.”

In addition to Ardiles and Pelé, in total there were 17 players in Escape to Victory, including Bobby Moore, Paul van Himst, and Kazimierz Deyna. Finally, unlike the infamous “death match” story at the end of the film, Sylvester Stallone (who had insisted to the director on being the one who scored the winning goal) saved a penalty that caused a invasion of the field and, as Ossie Ardiles said today on his Instagram account, “we escaped in the end.”