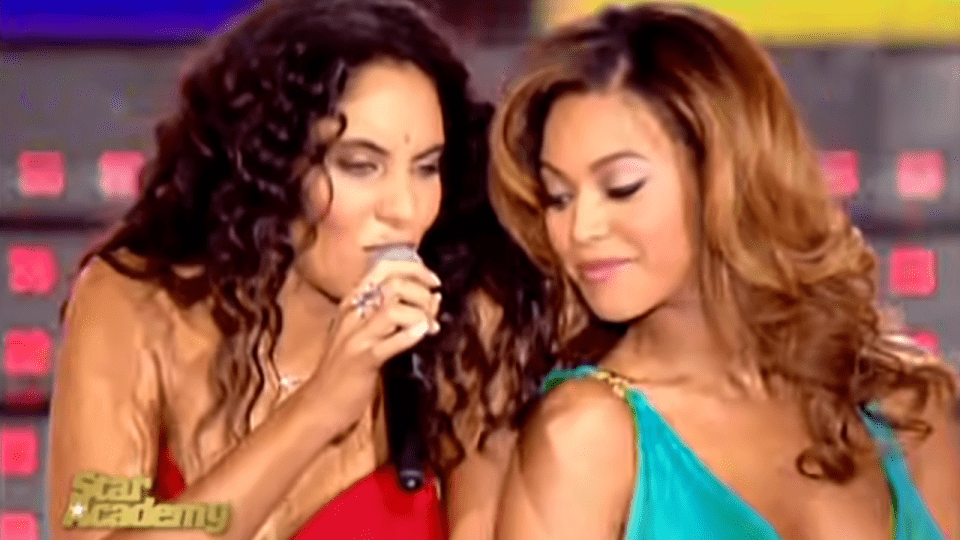 TELEVISION – No, it’s (still) not tonight that you will see again Mariah Carey on the set of star Academy. This Saturday, October 29, students will take the stage with Véronique Sanson, Keen’V, Gims, Zaz and the rock group Hyphen Hyphen. As for the only international star of the evening, it is called Tom Gregory.

If many fans of the emblematic program of TF1 remember Jenifer, Élodie Frégé, Olivia Ruiz, but also Georges-Alain, Jean-Pascal or Grégory Lemarchal, remember that the great hours of telecrochet were marked by the arrival of personalities clearly less anonymous (initially anyway).

This is the case, for example, of Beyoncé who, during the third season in 2003, performed her hit live Crazy in Love next to Sofia Essaidi, academician turned actress. The following year, the star returned to sing Survivor with Hoda. And again, in 2006.

Season 5 was marked by the presence of the Queen of Christmas, Mariah Carey, then godmother of this edition. On stage, the diva notably performed It’s Like That with Magali Vaé, future winner.

The two international singers gave way, during seasons 7 and 8, to Rihanna or Britney Spears. We are then in 2008 and the pop star ignites the scene with his title Womanizer.

Madonna, J-Lo, Celine Dion, and even Ray Charles… There are plenty of examples. Even though Robbie Williams is the new season’s godfather, how does the star Academy, a French reality TV show, managed to invite such international stars at the time? According to the specialist in the musical sectors Bertrand Hellio, according to whom “everyone fought to be in the second season”this is due to several economic reasons.

A question of notoriety

First, because variety shows, programs during which artists come to promote themselves, became rare at the turn of the 2000s. Also, because the audiences of the StarAc were really really good. The dailies, in 2003, could reach 5 million viewers. Saturday night bonuses, 7 million. For example, the final of The Voice All Starson TF1 this month of October 2021, brought together 3.75 million followers.

“If Beyoncé had to choose a show, in France, to promote it, the choice was obvious”, comments Bertrand Hellio. The author of the book Become a music professional also recalls that most of the singers invited to perform at the star Academy appear (or appeared) on a label of Universal, then a telecrochet partner. The guests of the 2022 edition are at Sony, the label which will produce the winner’s disc.

Finally, and this was the novelty, these artists did not just come to perform on stage, they also played the role of mentor or adviser to aspirants to the musical star system. “It adds a positive aspect in terms of image”observes the connoisseur.

It is clear that in 2022 the situation is no longer the same. No Kylie Minogue to The Voicenor from Stevie Wonder to The Artist, the telecrochet (failure) of France 2. Where have these international stars all gone? Why do they shun our French programs?

The communication tools are no longer the same. “In 2001, it was stammering, it was the time of MySpace, remembers Bertrand Hellio. There were fewer communication channels than today. The TV was dominant. The ‘Star Ac’ was a young audience, but also a family one. We hit a lot of targets, a lot of different ages. » Result: the promo was on screen.

Since then, new gifts such as social networks, YouTube, etc., have developed, but not only. As part of the release of her latest album with jazz singer Tony Benett, Lady Gaga has set up a partnership with Westfield, a multinational at the head of several large shopping centers in the world and in France. The latter thus gave a live concert, broadcast at the same time on giant screens in all the company’s supermarkets, such as the Forum des Halles in Paris or the Part-Dieu in Lyon.

Result sine qua non“ it saved him a lot of time, compared to when an artist had to do several TV shows, in several countries around the world “, continues Bertrand Hellio. The enthusiasm around Global Live Citizen, charity events also broadcast live for 24 hours, speaks for itself. The number of celebrities to want to be included, too. A trend that suggests that Madonna is not about to set foot on one of our sets again.

See also on The HuffPost :

You weren’t born for the first Star Academy, but you became a fan of this 2022 edition? Tell us – CALL FOR TESTIMONIALS