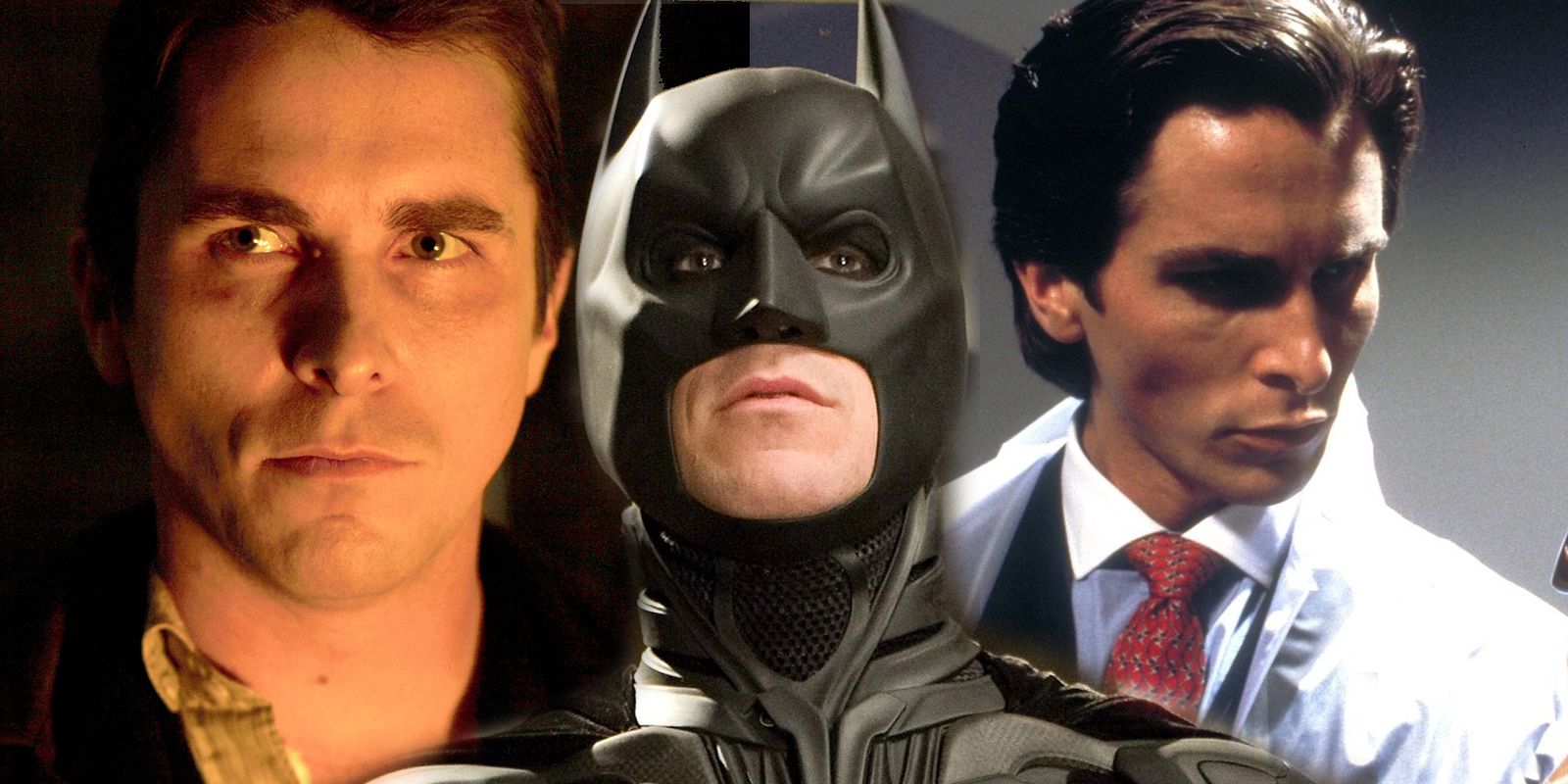 Christian Bale is one of the most acclaimed actors working in Hollywood. The Welsh actor burst onto the scene as a teenager in Steven Spielberg’s 1987 war drama Empire of the Sun and hasn’t looked back since.

Known for his immersive acting method, Bale won an Academy Award for Best Supporting Actor after his role in The Fighter. He’s been nominated for three more Oscars since, including for his roles in American Hustle, The Big Short and, most recently, Vice. As Bale continues his feat of talent, fans can look back on his best roles to date.

Updated September 14, 2022 by Jordan Iacobucci: Christian Bale continues to be one of the most formative talents working in Hollywood today. Fresh off the Disney+ release of his latest film, Thor: Love and Thunder, the actor is already gearing up for the Amsterdam release, the next entry in his storied filmography. As he continues to score points with critics, fans of the actor can look back on his fifteen most acclaimed films.

Released in 2002, Equilibrium is a dystopian sci-fi film set after World War III that combines futuristic technology and martial arts for a movie reminiscent of The Matrix. In this oft-forgotten box office flop, Bale plays protagonist John Preston, a cleric who occupies a prominent place in the totalitarian society of 2072.

Although Equilibrium never quite caught on with mainstream audiences or critics like its filmmakers hoped, the film nonetheless remained a cult classic, receiving surprisingly high reviews on IMDb. For fans of Christian Bale, it’s a chance to see the actor in the kind of role he rarely accepts in his current career.

Kenneth Branagh’s 1989 rendition of Shakespeare’s classic play Henry V is considered by many to be one of the best film adaptations of one of the Bard’s works. The film was one of Bale’s first acting roles, in which he appeared as Robin, a baggage boy who gets caught up in the conflict between England and France.

Only fifteen at the time of the film’s release, Christian Bale showed his acting talent early on, faithfully delivering his Shakespearean lines better than most actors his age. Although he doesn’t appear in many other adaptations of Shakespeare’s plays, Bale certainly has the special quality that can bring such works to life on the big screen.

Inspired by Geling Yan’s short story based on the diary of an American missionary in China, The Flowers of War adapts the horrors of the 1937 Nanjing Massacre. In the thought-provoking film, Bale plays John Miller, an entrepreneur from American undertaker who is caught up in the ensuing carnage.

Although the film failed to appeal to mainstream audiences at the time of its release, critics were quick to praise its adaptation of the horrific historical events that inspired it, earning it several accolades after its release in halls.

American Psycho is often considered one of Christian Bale’s best films of all time. Based on the novel by Bret Easton Ellis, the film follows Bale as Patrick Bateman, a banker who hides his double life as a ruthless serial killer.

American Psycho seems to have only grown in popularity with age, earning a cult following in the decades since its release. Many Bale fans therefore called the film the actor’s best performance to date, with his character becoming one of the most beloved portrayals of a serial killer ever filmed.

In just his second feature, 12-year-old Bale landed the lead role in Steven Spielberg’s World War II tale Empire of the Sun, a true story that follows a young British boy who finds himself taken prisoner by Japanese soldiers.

The film is told through the eyes of Jim, a young English boy from Shanghai who faces the daily rigors of life under Japanese rule during World War II. Adapted from the autobiographical novel by JG Ballard, Jim deals with illness, food rations and supply shortages in a Chinese prison camp. Desperate to find his parents, Jim finds the inner strength and spirit to nurture hope.

In his first official Western, Bale takes on and unsheathes the equally formidable Russel Crowe in the 2007 remake of 3:10 To Yuma. Directed by acclaimed director James Mangold, the man behind Logan and Indiana Jones 5, the film was generally well received by critics and audiences.

Bale plays Dan Evans in the film, a mild-mannered rancher who accepts the unenviable task of guarding apprehended criminal Ben Wade (Crowe) until the titular train arrives to transport him. As they wait for the 3:10 a.m. to arrive, Evans and his son William (Logan Lerman) must fend off a slew of invading gunners. Meanwhile, Wade does everything he can to outsmart Evans and escape.

Fans and critics alike were left in awe of the startling physical transformation Bale underwent for his character in The Machinist. Almost unrecognizable as the film’s main character, Bale’s look has become surprisingly iconic in the years since its release.

Bale lost an unprecedented 63 pounds to play guilt-ridden insomniac Trevor Reznik, dropping from 173 to 110 pounds. Bale reportedly wanted to cut his weight to 100lbs, but producers feared for his life and banned him from doing so. Yet the story of an industrial machinist unable to sleep for a year due to remorse over a fatal accident is one of Bale’s finest works.

In a physical transformation that rivals his work in The Machinist, Bale won his first and only Oscar for his role as Dicky Eklund in The Fighter. To date, the film is considered one of Bale’s finest works, if not the finest acting he has ever committed to screen.

The film’s title not only references the boxing career of Dicky’s brother, Mickey Ward (Mark Wahlberg), but it also relates to Dicky’s battle with crack addiction. Bale lost 30 pounds to play the role of Dicky, who turns out to be the heart and soul of the film by the time the credits roll. Bale spent hours with the real Eklund studying his rhythms and mannerisms.

Bale earned his third Oscar nomination for his role in The Big Short, a comedic examination of the US housing bubble that led to the 2008 economic crash. It’s the third time he’s played a real-life character that resulted in an Oscar nomination.

In the film, Bale plays Michael Burry, a quirky and unorthodox hedge fund manager whose brilliant forecast of the housing bubble allows him to capitalize on market trends. Burry is underestimated due to his slacker appearance and disregard for professional standards, but he uses his information to outsmart the system.

Ford v Ferrari is a sports drama depicting the real-life rivalry between Carrol Shelby and Ken Miles, leading racing drivers in the 1960s. Teaming up again with director James Mangold, Bale portrays Miles in the film, which earns him high praise from the public and critics.

This 2019 film stunned critics and audiences alike with its high-quality storytelling and unparalleled visuals, earning it multiple Oscar nominations. It remains one of Bale’s finest performances to date.

Christian Bale is such an intense and serious actor that it’s almost impossible to think he’d lend his voice to a PG-rated animated film, but viewers were surprised to find the British actor providing voice in the film. 2004 classic, Howl’s Moving Castle.

Bale voices the titular hero in this wildly imaginative film, which follows Sophie, a teenage girl cursed by a witch who transforms her body into an old lady. When Sophie meets a magician named Howl at his mysterious floating castle, she faces a grave choice that will determine her fate.

Christopher Nolan revamped the Batman comic book picture away from camp and kitsch and towards the gritty crime genre in Batman Begins. And according to IMDB voters, he’s found the perfect front man in Bale to do just that.

In stark contrast to Tim Burton’s Batman films, Nolan reimagined Bruce Wayne as a tougher, more laconic character. In Batman Begins, a backstory is provided as Wayne travels overseas to train with his mentor, Ra’s Al Ghul (Liam Neeson). As he learns to be Batman and fight crime, Wayne must defeat Scarecrow (Cillian Murphy) and his evil henchmen.

In Bale’s final turn as Batman, Christopher Nolan pulled out all the stops for the jaw-dropping super-show The Dark Knight Rises, a film that stands the test of time even ten years after its initial release.

Pitting Batman against the ruthless Bane (Tom Hardy), the film picks up eight years after Joker runs through Gotham City. Batman enlists the help of Catwoman (Anne Hathaway) to restore order and protect the city from a barbaric terrorist plotting to wipe out the city. As Batman battles Bane, Bruce Wayne struggles to mend his stained reputation after taking the rap for Harvey Dent.

Produced between Batman Begins and The Dark Knight, Christopher Nolan managed to fit arguably his best film into The Prestige, with Christian Bale and Hugh Jackman as the two main magicians.

The story of rival magicians at the turn of the 20th century gave Bale the chance to play two different characters who appear as one. The sleight of hand that Nolan shows by allowing Bale to secretly play twins, Alfred and Freddy Borden, is trickier than anything the characters act out on stage.

Currently ranked among the 250 greatest films ever made by IMDB, The Dark Knight is by far Christian Bale’s best film to date, marking the second and penultimate time he would play the iconic superhero on the big screen.

Of course, much of the film’s popularity is due to Heath Ledger’s commanding performance as the Joker, who won a posthumous Supporting Actor Oscar for his work in the film. Bale keeps the ship steady as Wayne, the dodgy business tycoon by day and Batman, the Caped Crusader by night. The film was nominated for seven Oscars, also winning Best Sound Editing.