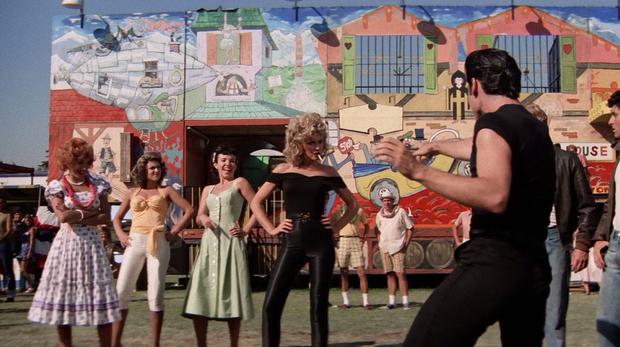 Despite “Grease” It was released more than four decades ago, in 1978, this cinema classic continues to captivate everyone. How to forget the love story of rebellious Danny Zuko and innocent Sandy Olssonas well as the characters that appeared throughout the plot.

If in any case you are one of the fans who does not get tired of watching this movie over and over again, whose title is a way of paying homage to the 50s, to the hair and greasy food of the time, we let you know ten facts that perhaps you did not know and that will surely leave you with your mouth open.

1. “GREASE” IS BASED ON THE BROADWAY MUSICAL OF THE SAME NAME

Six years before “Grease” opens in theaters, the Broadway musical of the same name was released, which went on to be nominated for the Tony Awards, which celebrate achievements in American theater, specifically works that have been released or released. less represented in the theaters of Broadway (New York). Although it began as a musical, it was adapted to the cinema.

2. THE ACTORS WERE NOT TEENAGERS

3. “GREASE” WAS GOING TO BE AN ANIMATED MOVIE

One of the original adaptation ideas was for “Grease” to be an animated movie, as revealed, to YahooNews in 2018, the film’s co-creator Jim Jacobs. But the proposal made by Hollywood director Ralph Bakshi was not convincing and was adapted into an action film for the cinema; therefore, it was decided that the opening credits would be animated.

4. HENRY WINKLER WAS GOING TO BE DANNY ZUKO AND NOT TRAVOLTA

Henry Winkler, a renowned actor for the series “Happy Days”, was the first choice to play Danny Zuko, but he rejected the offer for fear of being typecast. On “The Rachael Ray Show” in 2019, he said that it was the best decision, as he does not see another actor who has performed better than John Travolta.

5. ELVIS PRESLY WAS GOING TO BE FRENCHY’S GUARDIAN ANGEL

Elvis Presley was originally going to be Frenchy’s guardian angel, according to 2016 Vanity Fair, but they ended up offering the character to “Beach Party” actor Frankie Avalon.

6. JOHN TRAVOLTA GOT A ROLE FOR HIS SISTER

Ellen, the sister of John Travolta, had a small role in “Grease”, thanks to her brother who spoke with the production. She told “The Spokesman-Review”, in 2018, that when she visited the set, the protagonist asked her if she wanted to act in the film. Her participation consisted of being one of the waitresses who watched the high school dance contest on television.

7. “HOPELESS DEVOTED TO YOU” WAS NOT IN THE ORIGINAL BROADWAY PRODUCTION

“Grease” added five original Broadway songs to its soundtrack, but did not include “Hopeless Devoted to You,” which was written specifically for the film by John Farrar, Olivia Newton-John’s music producer. The song earned the production an Oscar nomination for Best Original Song.

According to Entertainment Weekly, actor Jeff Conaway did give a real “hickey” to Stockard Channing, who was his love interest in the plot.

While Jeff Conaway (Kenickie) was filming “Greased Lightning,” cast members accidentally dropped him while dancing on top of a car, causing him to injure his back.

10. “YOU’RE THE ONE THAT I WANT” IS ALMOST NOT SINGED IN THE MOVIE

Everything was planned so that the final number of the film would be “All Choked Up”, just as it happened in the original Broadway version, but at the last moment it was decided on “You’re the One That I Want”.

10 things they never told you about “Grease”, the movie by Olivia Newton-John and John Travolta

Dell Inspiron 3511, Ultrabook 15″ black versatile cheap light thin and fast under Tiger Lake and Win...
Better Call Saul: Aaron Paul reveals what we suspected of his return to the spin-off
Sidney Poitier, the life of the actor who broke the racial barrier in Golden Age Hollywood